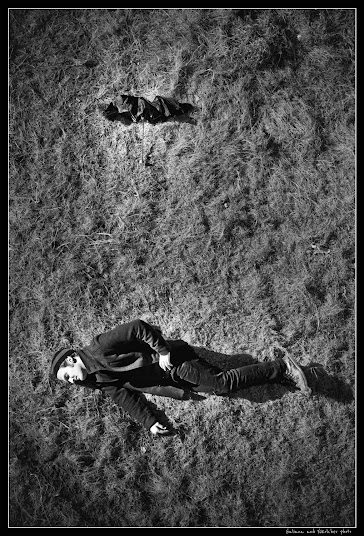 "A technique and honesty that constitutes a TOUR DE FORCE"
-The Los Angeles Times
"Harrowing in its authenticity"
-LA Weekly
"a BRILLIANT performer"
-stagehappenings.com
"BRILLIANTLY dramatized and acted by Nikolchev"
-TotalTheatre.com
"Nikolchev STANDS OUT"
-TimeOut Chicago
..........

"Nikolchev plays all this at a carefully measured pace that is as keen in its style and technique as it is in catching the deep emotional tangle that Charlie is holding in check, if only barely. His scenes with the video characters are vibrant and telling.

Without overplaying his hand, Nikolchev frames Fitzgerald's narrative with poignant loss and urgency; hope and uncertainty; expectation and disappointment."

"There are many moving parts here. In lesser hands that would be enough to force this piece to buckle under the weight of its pretensions. But in these masterly hands, two media forms that can be at odds with one another — video technology and live theater — come together seamlessly. The result is as haunting as it is memorable."

"It’s an elegantly told story by Fitzgerald and Ark has done a nearly perfect job in staging it in an hour. Anthony Nikolchev, who also co-adapted and co-directed it, turns in a bravura performance in something of a one-man show."

of All the Things You Said You Never Said Before You Thought You Could Ever Say
written by Anthony Nikolchev, created and performed by Gema Galiana, Guillaumarc Froidevaux, Zuzana Kakalikova and Anthony Nikolchev; in collaboration with Vivien Wood
"one of the most interesting and creative performances I've seen all year" - Social Butterfly
"brutal honesty to earnest affection and back...not just a roller coaster ride for the couple, but for the audience too" - London's The 411(435)

of The Echoes off the Walls Underground are Louder than Your Footsteps Above Me
written and performed by Anthony Nikolchev
"REMARKABLE...BREATHLESS...ASTONISHING....
Nikolchev's talent as actor and writer is
FORMIDABLE"
"Where Willy Loman was tragic because his life finally amounted to nothing despite what he believed and did, the unnamed protagonist of this play is tragic because he's discovering he's amounting to nothing before he even gets a chance to do or become anything. It's shockingly timely."
- Martin Denton for NyTheatre.com

of The Day Shall Declare It

created and choreographed by Wilderness - Annie Saunders and Sophie Bortolussi

of Obejmij Mnie (Put Your Arms Around Me)
written and directed by Anthony Nikolchev; starring Anna Skubik for the Wroclaw National Puppet Theater (Poland)
"Anthony Nikolchev’s monodrama with Anna Skubik is a masterpiece of puppet dramatic performances"
"Nikolchev’s brilliant six-character play is a series of reflections on the meaning of life and art"
"brilliant text"
"impossible to resist the terrifying beauty of the show."
- Kamila Augustyniak for Dziennik Teatralny Wrocław

of Dual Citizens (aka Look, What I Don't Understand and Broken Nails by Anna Skubik)
at the Odyssey Theatre Ensemble
“a jagged fantasia of a memoir”
“[Nikolchev] inhabits a swath of characters, accents and attitudes with a technique and honesty that constitutes a tour de force”
“The unadventurous need not apply”
“Avant-garde devotees and socially conscious viewers…should find much…to reward their undivided attention”
-David C. Nichols for The Los Angeles Times

“GO!”
“The study in tyranny and living in margins is harrowing in its authenticity, ensnared by the truthfulness of the performance”
-Steven Leigh Morris for LA Weekly

“A kind of Émigré Everyman, his story is brilliantly dramatized and acted by Nikolchev”
-Willard Manus for TotalTheater.com

of Look, What I Don't Understand
written by Anthony Nikolchev (co-produced in Chicago by XIII Pocket at the Athenaeum Theatre)
“Nikolchev manifests existential tragedy in a dynamic and an aggressive way”
“That a monodrama can be attractive and not necessarily restricted to declamation was shown for example by Nikolchev”
-Agnieszka Charkot for the Polish national monthly magazine Teatr
“Nikolchev is positively ferocious in the best sense. He's physically agile with explosive emotional and vocal resources”
“a one-man tour de force”
“its magic is in the power and passion of the performance, in which Nikolchev easily morphs into/out of close to 20 characters”
A Windy City Times Critic’s Pick
-Jonathan Abarbanel for Windy City Times
"Smart"
“[Nikolchev] has a fluid grace and sometimes riveting stage presence”
“Fascinating and horrifying at the same time…[it] hits us in the solar plexus”
-Kerry Reid for The Chicago Tribune
"To say Nikolchev delivers a powerful performance in this theatrical work is a gross understatement"
"a unique theatrical experience that will leave your mind questioning all you knew, or rather what you thought you knew, about immigration"
"Should not be missed"
-Laurie Grauer for The Urban Coaster
“Nikolchev…brilliantly assumes each character with total immersion and conviction”
“an actor/writer to watch”
-Marla Seidell for The Latest and Greatest Arts Blog
"Definitely not a vanity project"
-Katherine Razz for Gapers Block