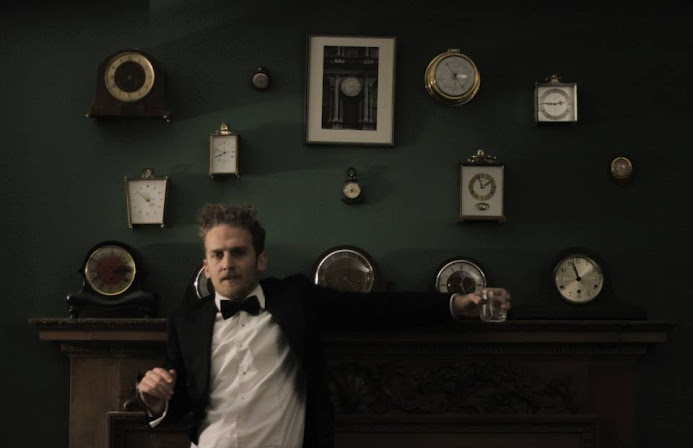 is a California-born actor, writer and director in theatre and film whose work has been seen in Chicago, Los Angeles, New York City, and abroad in London, Moscow, India, Spain, Italy, Germany, Armenia and extensively in Poland.

His formative training is with Yuri Kordonsky, Matej Matejka, Vivien Wood. He was a founding member of The Studio Matejka Physical Theatre Laboratory in residence at the Grotowski Institute in Wroclaw, Poland from 2010-2012.

His original solo performances - Look, What I Don't Understand and The Echoes Off The Walls Underground Are Louder Than Your Footsteps Above Me have toured the USA and Europe, winning Best Actor Awards at the world's largest solo performance festival based in NYC - The United SOLO Festival - selected out of 100 performances. He is the recipient of 8 Best Actor Awards from international film and theatre festivals, and his work has been called "a tour de force" by the LA Times.

“The Last One” by Galiana&Nikolchev's The Useless Room (8th International Theatre Olympics), "The Day Shall Declare It" by Wilderness directed by Annie Saunders (with whom he was a 2017 speaker at the Cannes Lions International Festival of Creativity) and Sophie Bortolussi, San Diego Opera, REDCAT Studio and CalArts Dance, and a random array of acting on film, including his directorial debut, “Past Hope Now” and the 2016 Student Academy Award winning film, "All These Voices." He is a recipient of a Mid-Atlantic Artists International Grant and a TCG/ITI Travel Grant, and he has been commissioned by The Skirball Center’s Noah’s Ark and Dance City UK for creations of original works.

He teaches Movement at California Institute of the Arts, and has led physical theater workshops in Spain, Poland, India, the UK, and throughout the USA. He is the co-Artistic Director of Galiana&Nikolchev's The Useless Room along with the more brilliant Gema Galiana.