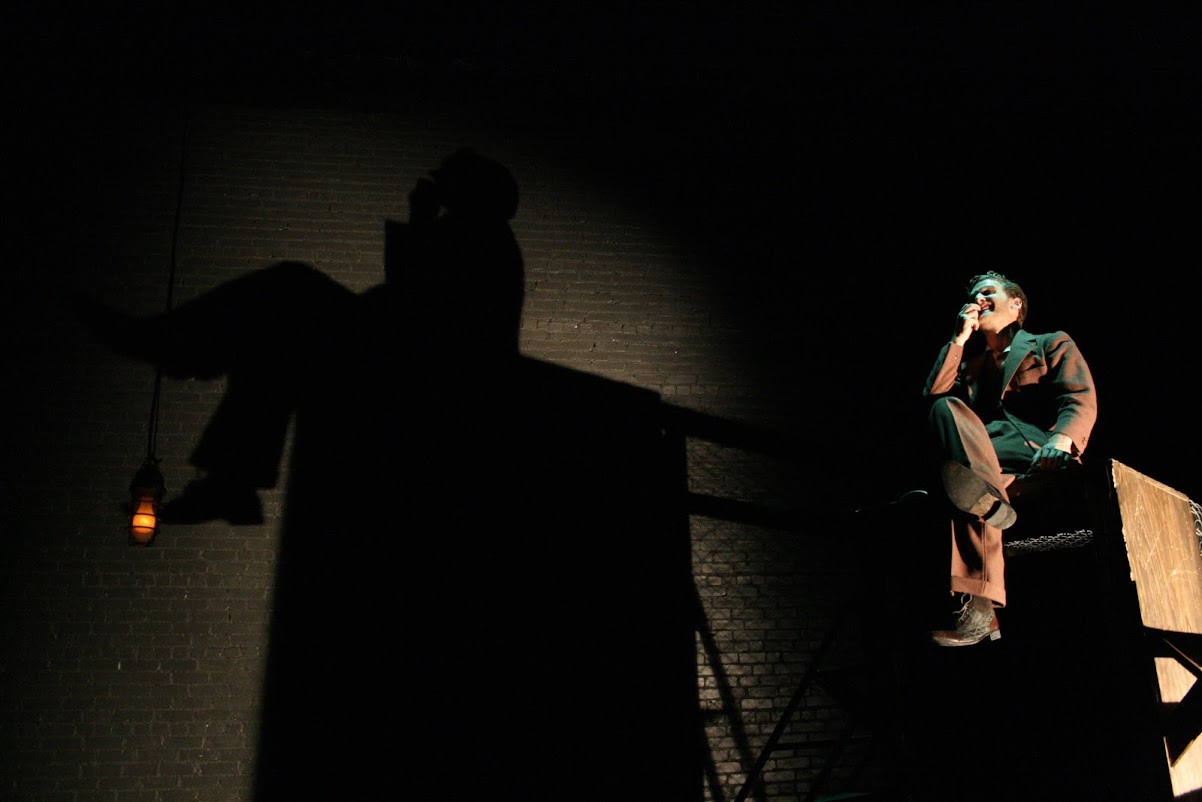 look, what i don't understand

“The study in tyranny and living in margins is harrowing in its authenticity, ensnared by the truthfulness of the performance" - LA Weekly

Brief Synopsis: a one man docudrama that takes the audience into a US immigrant detainment center in 1969 to decide the fate of Bulgarian defectors caught in red tape limbo

Written by: Anthony Nikolchev
Collected texts: interviews and transcripts from conversations and research into Bulgaria's communist past.

This story takes place at the US border with a foreign man detained behind a chain-link fence, asking the audience of border patrol for permission to enter the USA. He has been traveling with his family of four for two years. Why won't the border patrol let them in? What is happening behind the red tape of national security? How can Americans see these immigrants as 'others' when we all have similar stories? They are refugees. What else must they say? Why doesn’t the audience understand their story?

“Look, What I Don’t Understand,” is an admission that history will always be somewhat off-limits to our desire to understand it objectively, factually, or as it actually happened. I wanted to explore how we can try to grasp what happened to our ancestors to drive them on the trajectory that leads to us, now.  My approach: a solo performance in which I play the myriad of voices that I could imagine encircling my father and his family as they risked everything to escape communist Bulgaria in the 1960s. The performance involves gaps in narrative, rapid-fire flashbacks, and one actor trying desperately to keep up with his own story. I didn't want the audience to leave with a clear perspective of "what happened," as that is not truthful. What’s truthful is how we try to experience what happened.

To further expand upon the concoction of perspectives that make up our historical narratives, I invited four directors to each direct a single section of the script. None of them saw each other's work until the final week of rehearsals, during which a fifth came in to seam the four disparate sections together. Here’s why: the story originates from a past event. And then people who witnessed that event told me about it, either through books or interviews. I colored those stories by visiting the locations of this event. I then took what I heard and saw, filtered it through my background and experience, and I wrote a rough script. From that script, five new perspectives came in to understand the story in their ways. And finally, the audience entered with their backgrounds, understanding the story in their way. The performance is about how we understand…like layers of sediment continually calcifying over a base that has long been undecipherable. Instead of hiding those layers, I tried to illuminate them.

Read the entire script here. For bookings, find my contact at the top of this page.