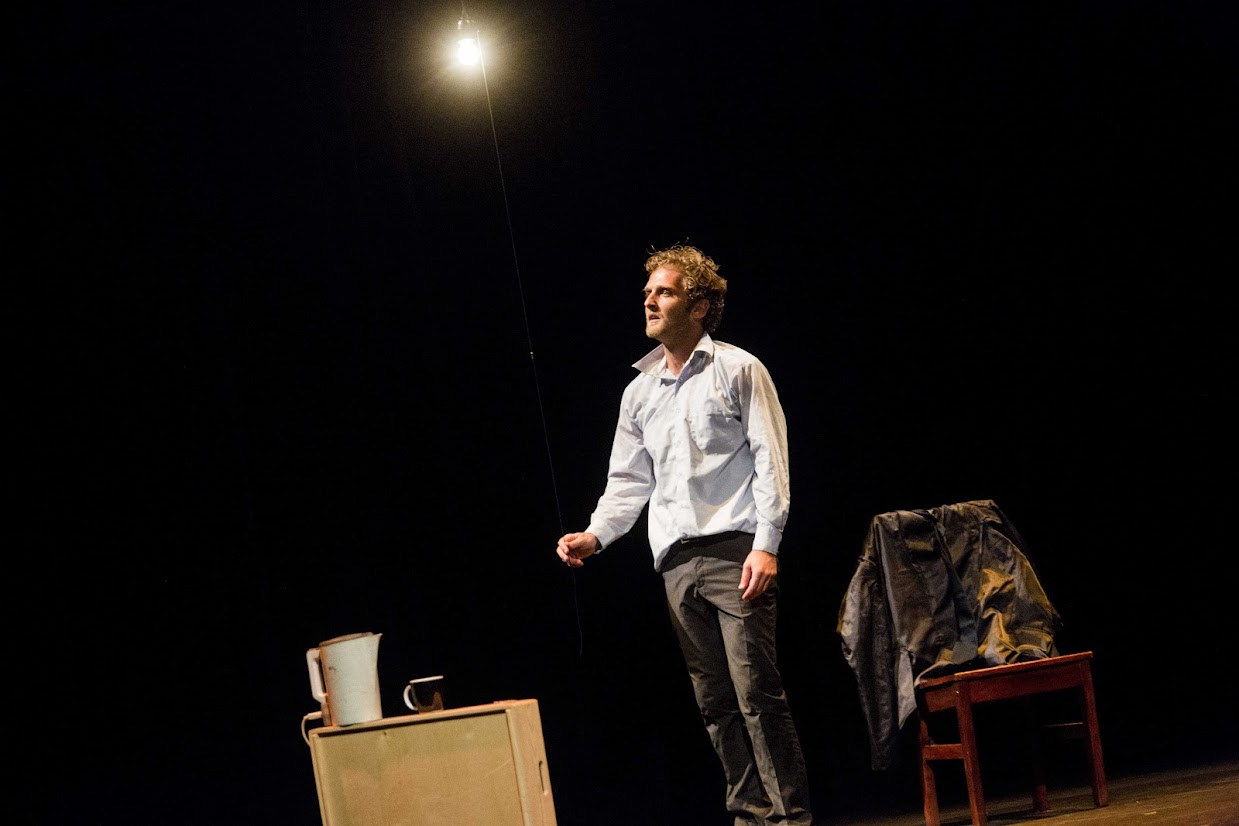 "this remarkable play—half physical performance, half haunting lyrical monologue—is an ode to the un(der)employed Millennial" - NYTheatre.com

There is a man. A salesman. He works the same job everyday. Suit, coffee, hair, voice, GO. His job is to sell television subscriptions to customers inside an electronics store. Customers who have come to buy other things than what this man is selling. In fact, he doesn’t even officially work at the store – he is a private contractor whose job is to take people away from their shopping to convince them to sign up for a two-year contract to Satellite TV.  But there is an economic crisis – as one customer says, “I don’t have a house. Let alone a television or a roof for a satellite to, God forbid, throw away any amount of money on. Money that I do not make, from the job that I do not have. I just came in here to use the bathroom.” The man is selling what people don’t need in a time when people have nothing.

And so his life goes. Wake up. Go to work. Sell nothing. Go home to an empty apartment located on a subterranean level, with a window that stands at street level. Each night, he returns home, too tired to manage anything but stare into his own television. Too tired, and too afraid to think what his life is amounting to, he must turn reality off by staring into the artificial blue light.

But there is a woman’s voice, each night, laughing outside his window. In the man’s search for true human contact, he creates a fantastical relationship with this stranger. He imagines all the things he’d like to say to someone. He imagines what it would be like to talk to someone to whom he is not selling something.

As the days go on, he loses his composure. The job physically breaks him down. His hope for the love of this woman is all that keeps him going. But then the unbearable happens, and the man faces the eternal emptiness of unemployment, feeling as if he has nothing to offer society. His final hope relies on the woman…or at least maybe his fantasy will silence his reality.

The man floats away into a lost world of near invisibility. But as he reminds us in the end, in the words of Charles Bukowski, “You won’t see them often, for where the crowd is they are not, those odd ones, not many, but from them come the few good symphonies, the few good books, the few good paintings, and other works. And from the best of the strange ones, perhaps nothing, they are their own paintings, their own books, their own music, their own work.” This is the ode to the underemployed millennial.

Read the whole script here. For bookings, find my contact at the top of the page.